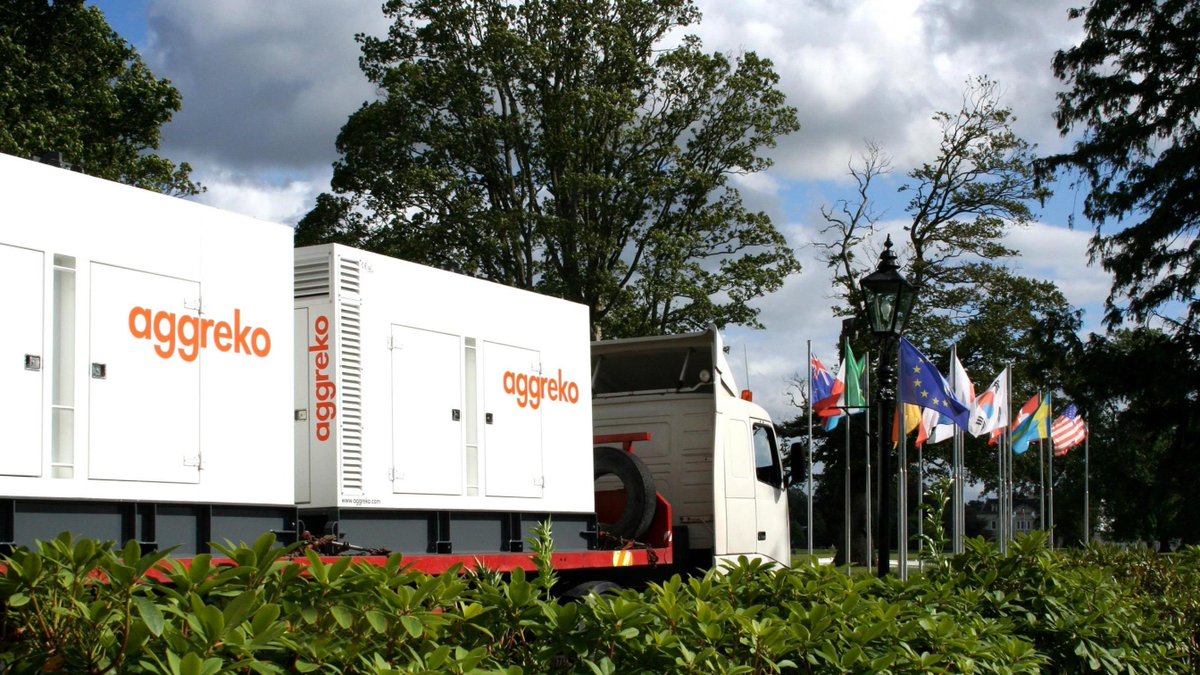 Aggreko is announced today as the official temporary power supplier of The 2019 Solheim Cup at Gleneagles, 9th to 15th September 2019.

Aggreko plc is a supplier of temporary power generation equipment and of temperature control equipment and is headquartered in Glasgow, Scotland, United Kingdom. Partners to seven Ryder Cups including the Paris edition in 2018, as well as long-term partners to the European Tour, this is Aggreko’s first foray into women’s golf sponsorship.

European star, Mel Reid, has played in The Solheim Cup three times and will represent Aggreko as she competes on the LPGA and LET Tours as their brand ambassador and will use an Aggreko branded bag.

Robert Wells, MD Aggreko Events Services, said: ‘At Aggreko we do things with a passion that sets us apart’ and that, to me, is the perfect way to describe why The Solheim Cup is such a very special event and ideal match for our brand. Mel’s passion both on and off the course is also what made her stand out to us as the perfect ambassador to represent Aggreko at what we believe will be one of the biggest sporting events of the year.”
We welcome Mel into the Aggreko family, and look forward to sharing many successes over the next year. Aggreko believe that the values and approach that Mel brings to both life and golf, are a great example for all and closely align with our core values.”

Joe FitzPatrick, Minister for Public Health, Sport and Wellbeing, said: “This is more great news that yet another major business based in Scotland has come on board to support the 2019 Solheim Cup. Aggreko have a strong reputation for working alongside some of the world’s leading events and I’m sure they will be a valued partner as Scotland looks to deliver a truly world-class family-focussed experience at Gleneagles in September.”

Reid, a six-time winner on the Ladies European Tour, said: “I am delighted to be an ambassador for Aggreko and to be a part of their plans for promoting their relationship with The Solheim Cup. Qualifying for The Solheim Cup is absolutely my biggest goal for this year and being selected by Aggreko is a huge boost as I head out to Australia to kick-off my season.”

With just eight months to go, interest in the 2019 match has been unprecedented in terms of sponsorship as Aggreko becomes the latest to join the number of internationally-renowned brands backing The Solheim Cup at Gleneagles.

A complete list of partners and sponsors is below:

Beyond sponsorship, The 2019 Solheim Cup is experiencing significant interest with thousands of tickets already sold, some ticket categories ‘sold-‘out’ and pre-registration for official hospitality exceeding projections.

European Captain and VisitScotland Ambassador, Catriona Matthew, is looking to return the trophy to Europe in 2019 after an inspired USA team retained their trophy by 16 ½ to 11 ½ points, in front of record crowds in Iowa. Organisers are now aiming to set a new record for a European edition in 2019.

Themes of equality, innovation and experience will be threaded through all the event’s communications as The 2019 Solheim Cup aims to engage both the traditional golf audience and the wider sport fan, raising the profile of women’s golf both in Scotland and internationally.

The Scottish Government and VisitScotland have been long-time supporters of the women’s game, having partnered with the Ricoh Women’s British Open and the recently significantly enhanced Aberdeen Standard Investments Ladies Scottish Open, which took place as a co-sanctioned LET and LPGA event for the first time last year.

The 2019 Solheim Cup will not only showcase the stunning assets of Scotland, the Home of Golf, but also build on the legacy of the successful 2014 Ryder Cup at Gleneagles. It will underline that Scotland is the perfect stage for major golf events as it seeks to help inspire a new generation of children to take up the game invented in their home country. 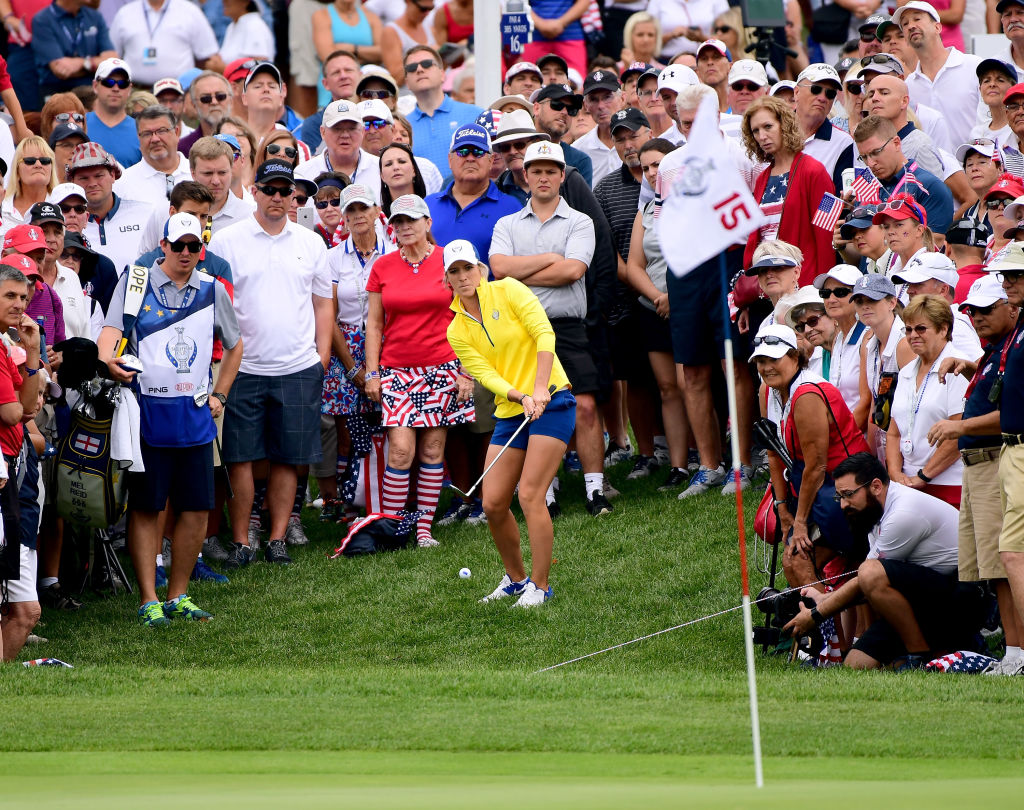 WEST DES MOINES, IA – AUGUST 19: Melissa Reid of Team Europe hits out of the rough on the 15th green losing to Team USA five and three during the morning foursomes matches of the Solheim Cup at the Des Moines Golf and Country Club on August 19, 2017 in West Des Moines, Iowa. (Photo by Harry How/Getty Images)