Six young Scottish golfers were given the opportunity of a lifetime at the 2017 Solheim Cup. Through the support of the Scottish Government, VisitScotland, Scottish Golf and the Ladies European Tour, the group of girls were able to attend the biggest team event in female golf at Des Moines Golf & Country Club in Iowa. It was an incredible learning experience for them to be able to see the world’s best players compete on the world’s biggest stage. 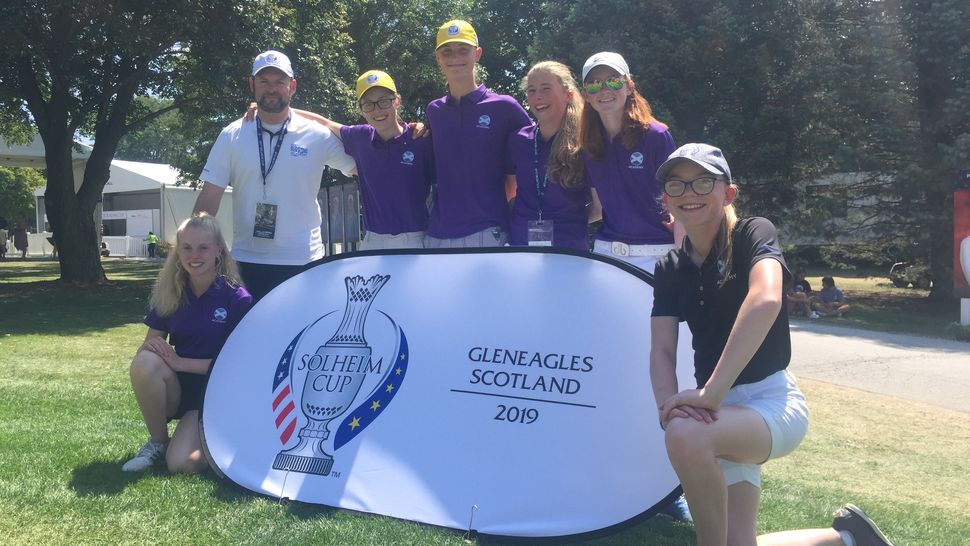 Project 19 was borne from a Whatsapp group started by some of the girls following Scotland’s successful bid to stage the 2019 Solheim Cup. The group was a way for the girls to motivate each other to improve their amateur ranking and ultimately compete at the 2019 PING Junior Solheim Cup at Gleneagles. As a result, their golf has improved significantly. The most notable victory between them was Hannah Darling’s 2017 Scottish Girls’ Amateur Championship win at Scotscraig and Drumoig Golf Club.

The Scottish Academy players have had other opportunities over the past year to interact and engage with the professional game. Last August, they all played in the star-studded Ricoh Women’s British Open Pro-Am at Kingsbarns Golf Links.

Their story has caught the eye of many including VisitScotland, the Ladies European Tour and Scottish Golf who are all committed to growing the game among younger age groups and increasing participation. Continue to follow the girls journey on the official Solheim Cup social media channels and the hash tag #Project19