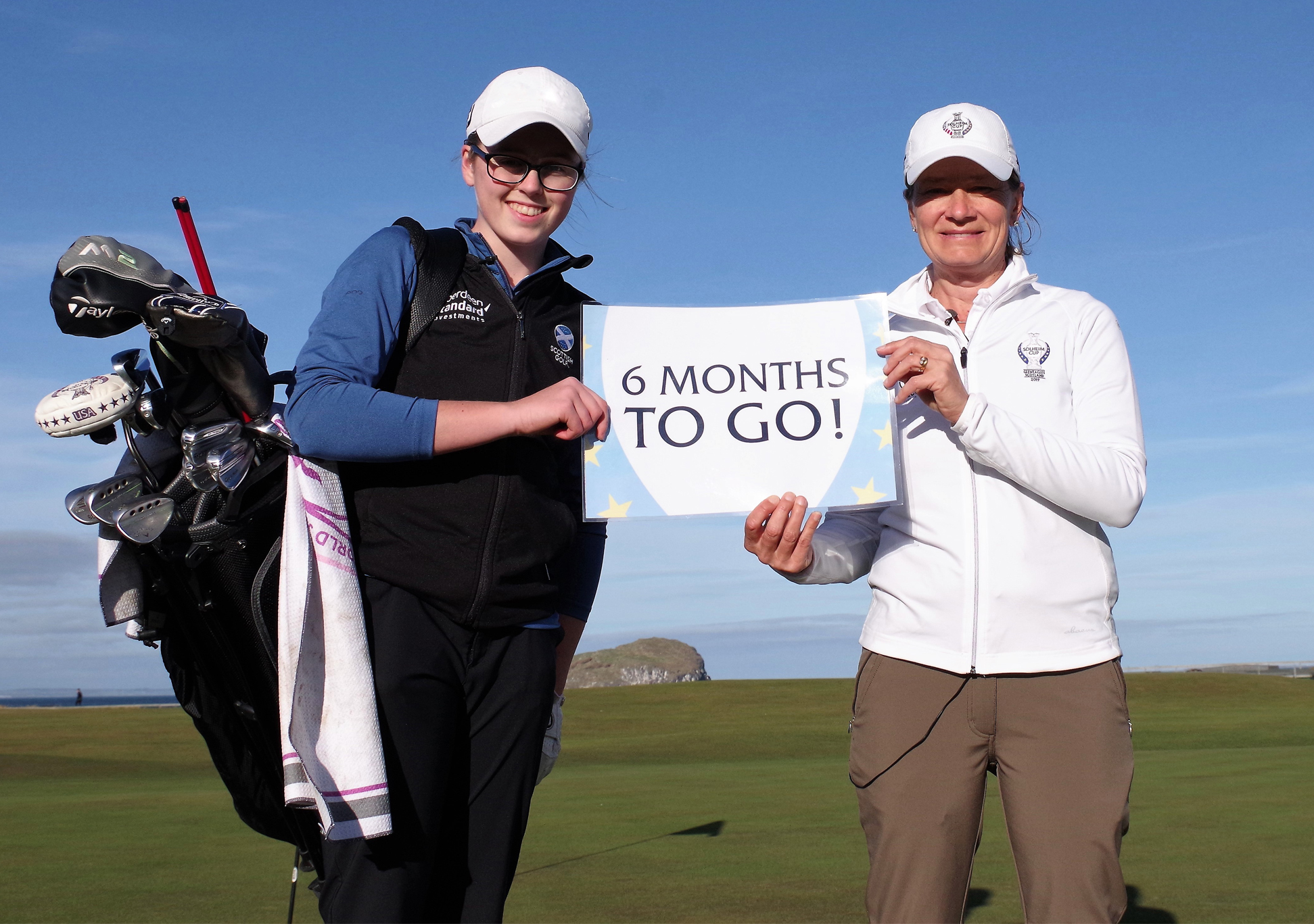 Today marks six months to go until the 2019 Solheim Cup at Gleneagles, 9th to 15th September, with all 12 places in the European team still up for grabs.

The final qualifying event for the European team will be the ASI Ladies Scottish Open, 8th to 11th August, with Captain, Catriona Matthew, planning to announce her complete team on the Monday following as Europe’s best women golfers seek to seal their place at what promises to be the most attended European Solheim Cup to date.

Van Dam said: “Obviously I still have a long way to go but seeing myself in the top position on the rankings this week is definitely a nice feeling. Getting a win so early in the season is a real confidence boost and I will be doing everything I can from here on in to secure my place in the European team this year.”

Home fans will no doubt be excited to note Carly Booth’s recent and timely return to form after she finished 4th in Canberra last week. The popular Scot from Comrie commented: “I would absolutely love to qualify for the European team in Gleneagles and it is my main goal this year. Hopefully I am coming into form at the right time. I really can’t imagine a bigger honour than representing Europe in front of my home crowd and I am focusing all my efforts on making Catriona’s team.”

European Captain, Catriona Matthew, is looking for her team to return the trophy to Europe after the USA team retained their trophy by 16 ½ to 11 ½ points, in 2017.  Matthew commented: “I am excited that we have finally arrived at the six month to go mark. I think the qualifying is going to make for a fascinating build up to Gleneagles as there are so many players who could claim a spot in the team. As the match draws closer it is hard for me to think of anything else, from logistics to outfits to speeches to Captain’s picks. I am loving every part of the process of preparing for what will be one of the biggest sporting events in Scotland this summer. I’m looking for the atmosphere to be as noisy and supportive as possible so I’d urge all European fans to make sure they get their tickets and come along to support the team at Gleneagles.”

Tickets are currently on sale here with bespoke family ticket packages available and a special early bird discount currently on offer which will be ending soon. Tickets are priced from just £10 for adults while children under the age of 16 are admitted free-of-charge with a paying adult.

Themes of equality, innovation and experience will be threaded through all the event’s communications as The 2019 Solheim Cup aims to engage both the traditional golf audience and the wider sport fan, raising the profile of women’s golf both in Scotland and internationally.

The Scottish Government and VisitScotland have been long-time supporters of the women’s game, having partnered with the Ricoh Women’s British Open and the recently significantly enhanced Aberdeen Standard Investments Ladies Scottish Open, which took place as a co-sanctioned LET and LPGA event for the first time last year.

The 2019 Solheim Cup will not only showcase the stunning assets of Scotland, the Home of Golf, but also build on the legacy of the successful 2014 Ryder Cup at Gleneagles. It will underline that Scotland is the perfect stage for major golf events as it seeks to help inspire a new generation of children to take up the game invented in their home country.