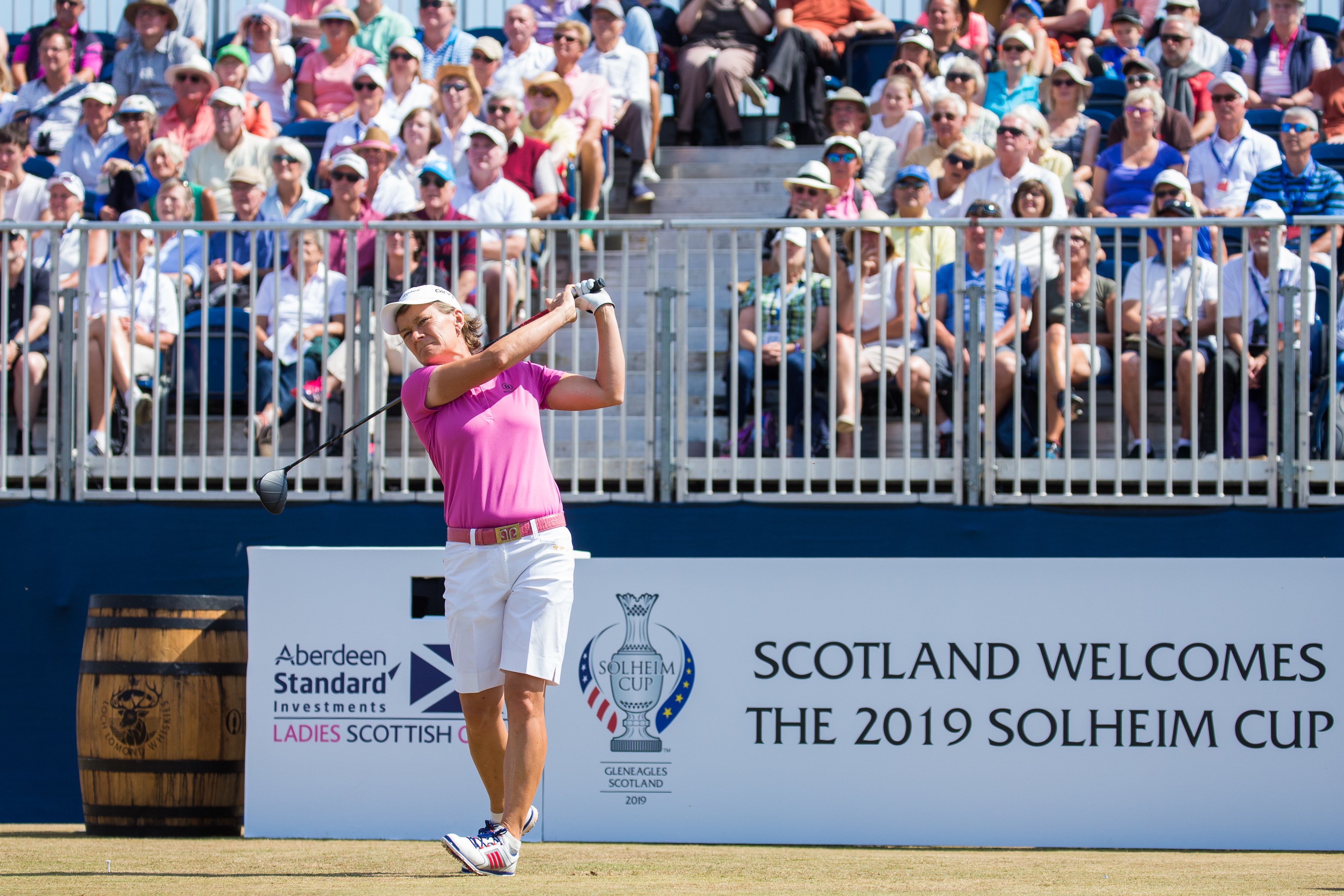 LONDON, Jan. 7, 2019 – With just eight months to go until The 2019 Solheim Cup, the battle for spots on Team Europe and Team USA will intensify with the 2019 Ladies European Tour (LET) and LPGA seasons about to commence.

The 2019 Ladies European Tour season tees off this week in Abu Dhabi, where the Fatima Bint Mubarak Ladies Open will be played on Jan. 10-13 at Saadiyat Beach Golf Club, where a number of European players, including Charley Hull and Jodi Ewart-Shadoff, will be looking to earn Solheim Cup points.

The 2019 LPGA season will kick off Jan. 17-20 in Lake Buena Vista, Fla. with the inaugural Diamond Resorts Tournament of Champions, which features nine Americans who have won an LPGA title in the past two seasons.

The prestigious biennial contest between Europe and USA returns to Scotland for the first time since 2000, with The 2019 Solheim Cup being held at the world-famous PGA Centenary Course at Gleneagles from Sept. 13-15.

The cut-off to earn points for Team USA will be the 2019 CP Women’s Open, which will be held Aug. 22-25 at Magna Golf Club in Ontario, Canada. The 2019 Aberdeen Standard Investments Ladies Scottish Open, to be held at The Renaissance Club in North Berwick, Scotland from Aug. 8-11, will serve as the cut-off for players to earn Solheim Cup points for Team Europe and the full team, including the captain’s picks, will be announced on Monday, Aug. 12, in Scotland.

With U.S. captain Juli Inkster set to be at the helm for a record third time, the Americans will head to Scotland as the two-time defending champions, having mounted a furious Singles comeback in Germany in 2015 to take a one-point win. Also returning for a third-straight Solheim Cup will be Inkster’s assistant captains Pat Hurst, Wendy Ward and Nancy Lopez.

Solheim Cup points, that determine eight of the 12 American golfers who make the team, will be worth one and a half times as much for the 2019 season as they were in 2018 and they will double for each of the five majors (ANA Inspiration, KPMG Women’s PGA Championship, U.S. Women’s Open, AIG Women’s British Open and The Evian Championship).

The increase in awarded points means players can make big moves in a hurry by carding top-20 finishes during 2019. For example, a player who captured 40 points for an LPGA win in 2018 can earn 60 points for winning the same event in 2019.

Two other slots will be awarded to the top two Americans on the Rolex Women’s World Rankings who are not already among the top eight in Solheim Cup points. The final two players for Team USA will be selected by captain Juli Inkster.

As it stands for Team Europe:

As it stands for Team USA: